Weber Genesis BBQs Not sure what barbecue is right for you? Call us on 0208 829 8849 and we’ll help you out!
Filter Results
Clear Filters
Brands
By Colour
By Genesis II Type
By Type
By With Cover 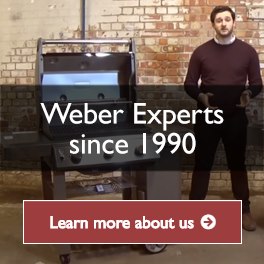 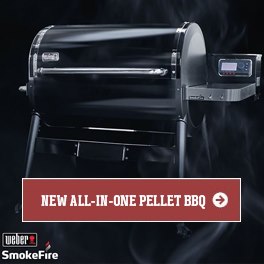 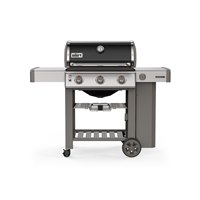 Launched in 1985, the Genesis range was Weber's first foray into the gas barbecue market.

They used their years of charcoal expertise to create a design that excelled and endured.

For 2017 Weber have continued their history of innovation with a complete redesign: expanding and improving the whole group of grills to create the Genesis II range.

There are some core features which are the same across the two varieties, and the Genesis II LX has some additional features as extras.

For 2019, they have again revamped the range, you now have the Genesis II and the premium variants (EP in black or SP in stainless).

With more than a few improvements which include a new curved chrome handle, a thicker fixed side shelf and a taller profile for increased comfort at the grill.

The cast Iron Gourmet BBQ System cooking grates which are fantastic for searing and designed to be used with a range of cooking accessories; these have been tweaked to free up more space on the grill when using a GBS accessory.

The Elevations warming rack now comes as standard across both the new 2019 Genesis II and the new premium variants too.

Check out our handy video which goes into more detail and explains the differences:

Struggling to decide which model to choose?
Read about how much food you can fit on a Weber Genesis Gas BBQ here.