Monday arrived and the official start of the Weber World Summit was scheduled to start in the afternoon. No Monday blues here, just a few bleary eyes and sore heads due to Ray McLoughlin, from The Orchard Weber World Store in Celbridge, who insisted on taking a group of other Weber Summit attendees to the extremely authentic Irish pub, Timmy O'Toole's.

We headed to Weber's Palatine factory, which is where Weber manufacture gas BBQs, including the Weber Genesis BBQs and Weber Summit BBQs. Here we got to see from beginning to end, the creation of these epic BBQs.

When entering the factory, a life sized statue of Jim Stephen welcomed us, grilling on his original creation - The Original Weber Kettle. The company was proud of its heritage and this was obvious throughout the building. Old Weber BBQs, memorabilia and photos were at every turn - this was a company not going to forget where it came from. 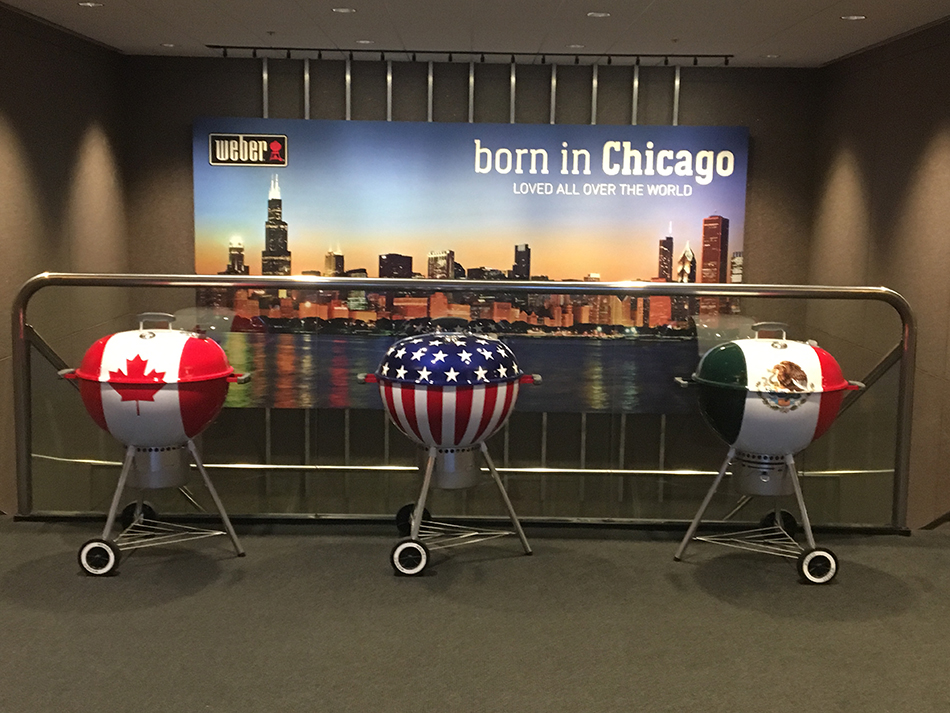 The manufacturing process was in my eyes extremely complicated - the vision to build such a process is awe inspiring! There were conveyer belts, hydraulic arms and other huge contraptions going through the various stages of the BBQ build. What was abundantly clear was the eye for detail that the Weber Factory employees had - there was no room for compromise and this is one of the major reasons why Weber are the number one global BBQ brand!

The tour finished and our next stop was Weber's HQ in Schaumburg - this is where we would get to catch up in a meeting with company head Jim Stephen, son of George Stephen and Mike Kempster, Chief Marketing Officer and employee of Weber for 47 years. We were also met by one other special guest, which hopefully I'll be allowed to shed some light on tomorrow. 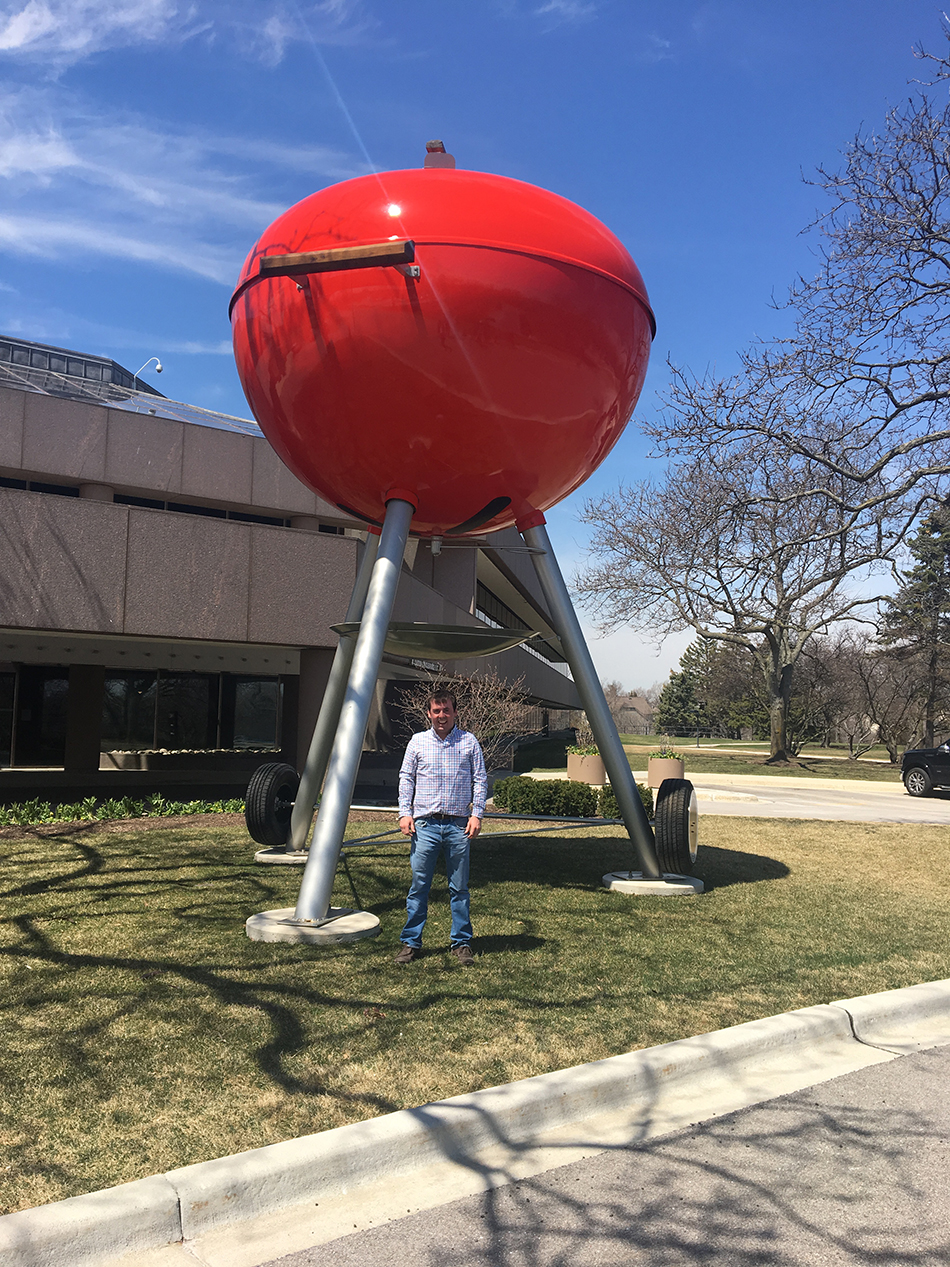 Chris Stephen and Tom Fuller of Product Development also popped in to say hello and we would be due to meet them again the following day. The meeting adjourned and it was time for dinner - this time at the Weber Grill in Schaumburg. Jim Stephen joined us and Jim took out a bottle of Tullamore Dew that Ray McLoughlin brought over from Ireland for Jim - a toast was had. Steak was again on the menu, so big but so delicious that I had to get a doggy bag, so I could have the leftovers for breakfast! 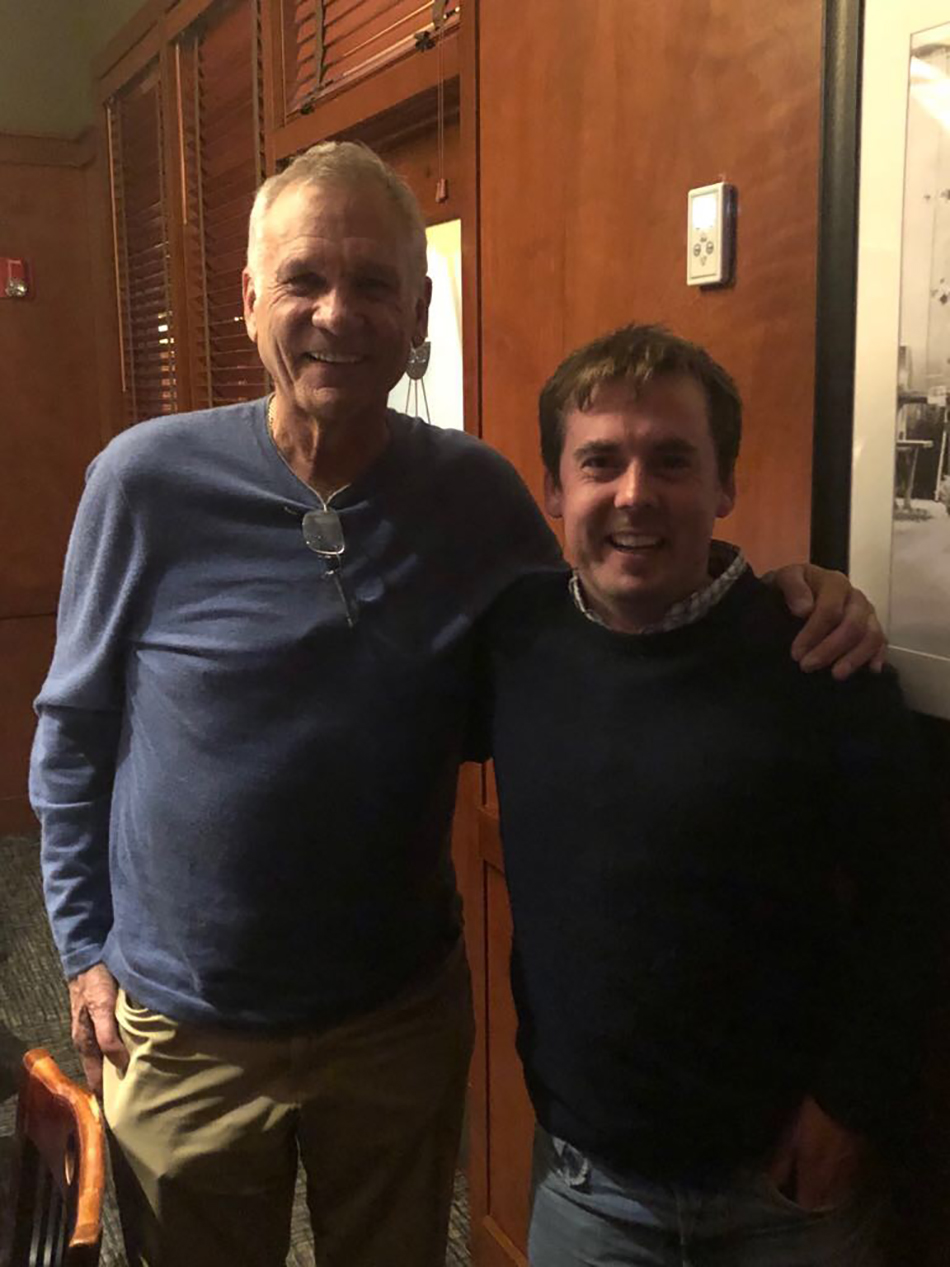 It was an early night, checkout tomorrow and a visit to Weber's Charcoal BBQ Factory in Huntley followed by a tour of their Global Distribution Centre - I was very excited!