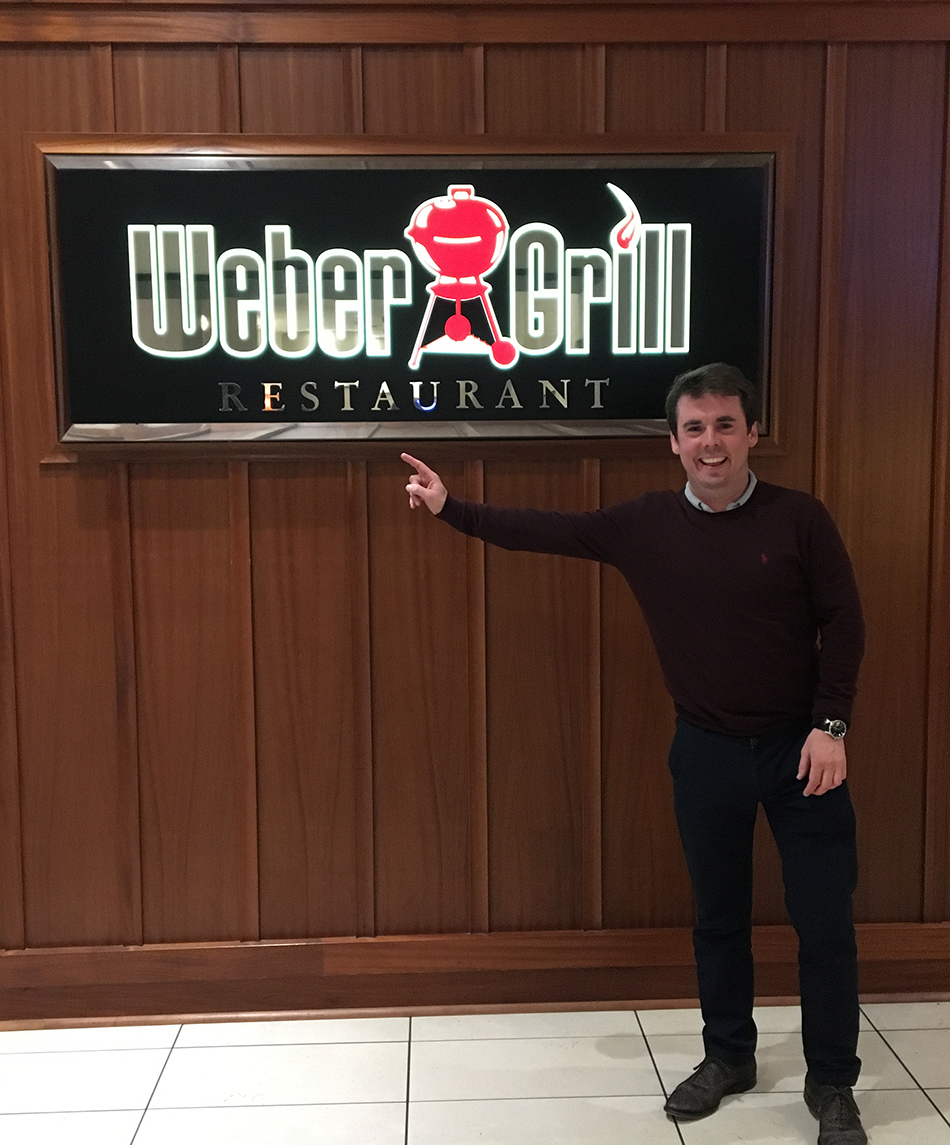 3 hours flew by and before we knew it, we were sat down for dinner at The Weber Grill Restaurant. Weber's UK chief, Francois, took the Wine Menu and with his French influence, who was I to question his choice of red wine?

It would be fair to say that by dinner time, my memory and most of the Weber gang started to become somewhat bleary - tired and under the influence of some much needed refreshments we started to order food. Starters came out and after eating some of the most delicious pork ribs I had ever eaten, I was back to feeling somewhat normal again!

This restaurant genuinely was a Weber enthusiasts' paradise! It was Weber's much better version of a Hard Rock Cafe, induced with Weber memorabilia! The chefs were frantically cooking on 4 giant Weber BBQs and the food produced was incredible! 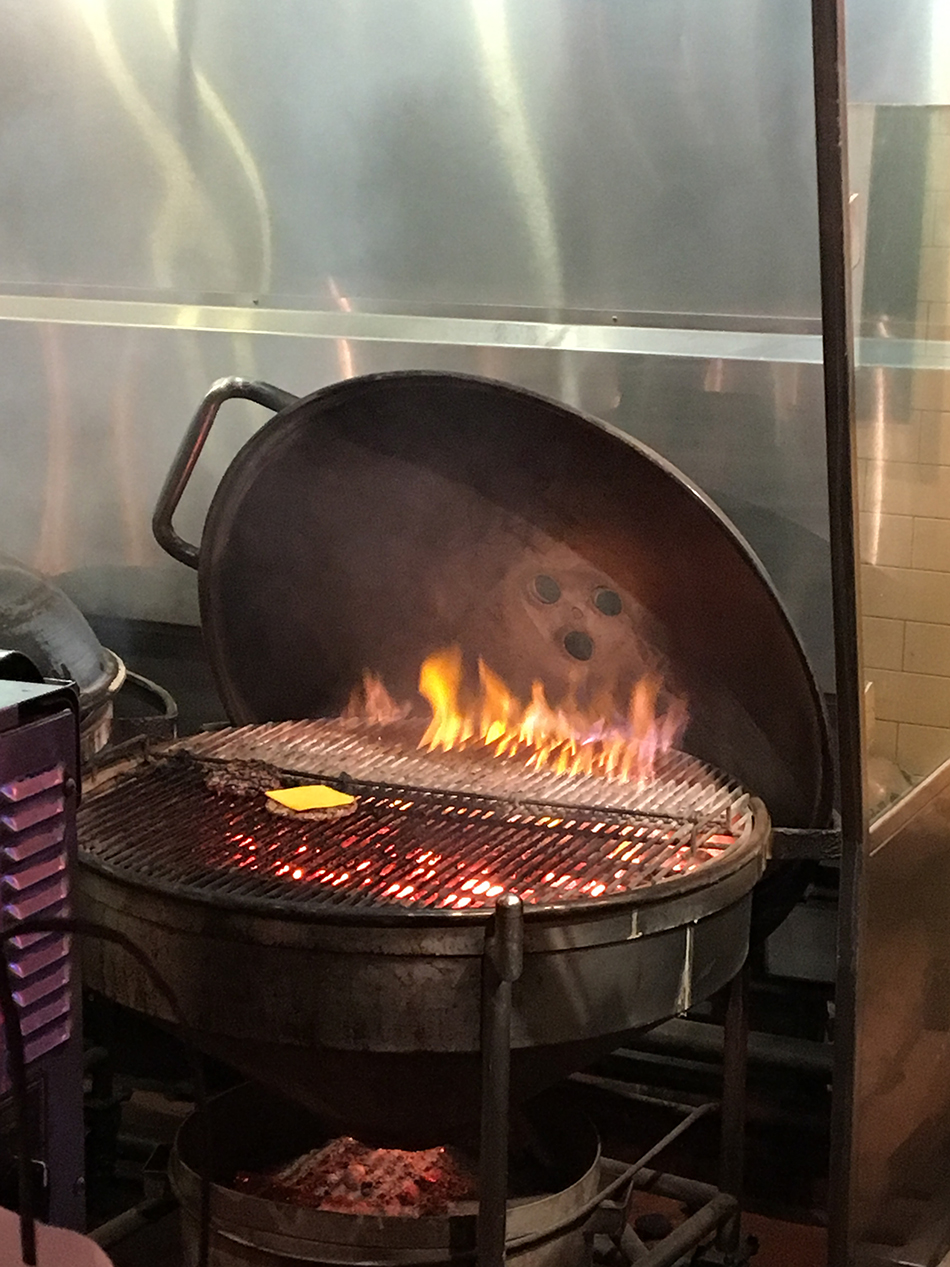 For anyone visiting Chicago, this is a must do eatery - the food, the service and the restaurant's Weber influence would stay in your memory for a long time!

Writing this entry to my Chicago Diary, it is 5.30am and the sun is rising over Lake Michigan - it is stunning. With a slightly sore head, but with plenty of Weber adrenaline, I am looking forward to what will be a great day ahead! 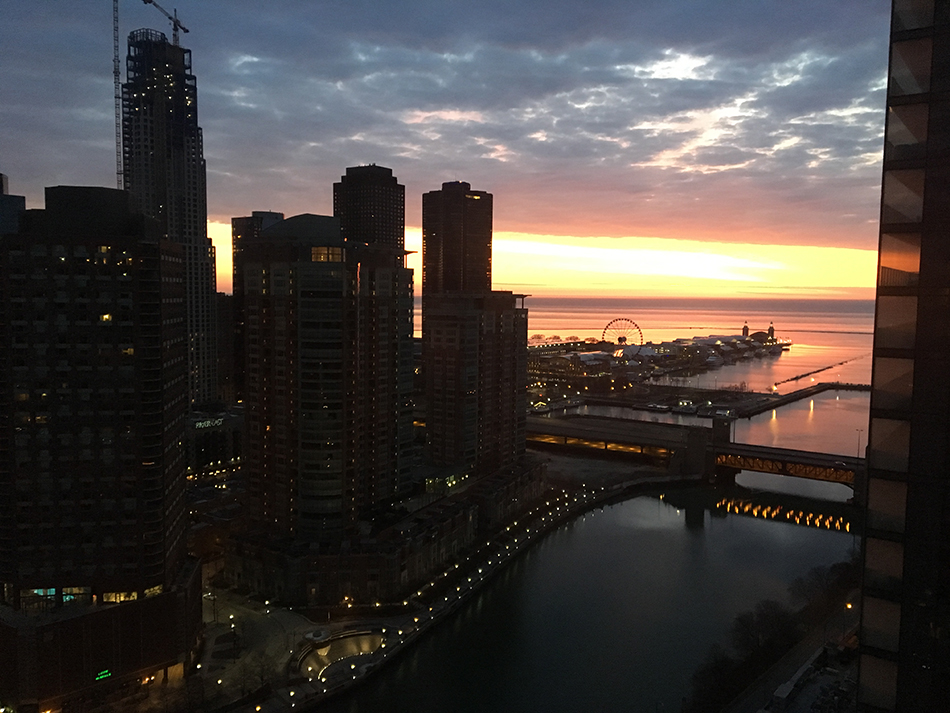