The day had finally come, the much anticipated trip of a lifetime, a visit to Weber's home - Chicago! The excitement measured up to the excitement of circa twenty years previous; Christmas Eve as a child! Struggling to sleep with the excitement of the following day and afraid of missing my alarm clock I tossed and turned until I finally drifted off. 5 minutes later, the sound of my alarm went off.

Weber UK's itinerary stated that we were due to meet at Heathrow, "no later" than 8.30am. Overzealous and with a drive no longer than 45 minutes long, I decided to leave at 6.30am - a casual hour and a bit early, I could relax at Heathrow T5.

A few month's ago, I received an invite from Weber U.K. along with a group of Weber World stores to a Weber World Summit. WoW BBQ is a team within the prestigious Sunshine Garden Centre, in North London - a member of the Garden Centre Association and multiple industry award winner; including Best Garden Centre in the U.K. and in some ways more proudly boasting The Best Customer Service Award for 2016 - an award that we feel represents perfectly what our team is all about!

Chicago, the illustrious home of the pinnacle of all BBQ brands, Weber BBQs! Founded in 1955 by the late great Jim Stephens. This legend invented the BBQ as we know it, when he cut a marine buoy into two and turned it into an outdoor grill - more of this to come later in the week! Weber-Stephens to this day still has involvement from the Stephens family and later in the trip we will get to meet the son of the founder, Jim Stephens Jr!

6 hours behind BST and with little sleep from the night before, I decided to get my head down, after some of the complimentary Champagne that British Airways had to offer. I needed to quickly acclimatise to US time, in the hope I could enjoy some of the delights that Chicago had to offer this evening. Accompanied by the rest of the Weber World Stores, and chaperoned by Weber UK employees, Chris Howard and Chris Trewitt, we are guaranteed to be looked after.

This whistle stop visit to Chicago will need strategy and my feeling now is, that there might be one or two casualties who might well fall asleep in their dinner! 6.30pm Chicago time translated to 1am British time, we are due to eat at The Weber Grill Restaurant, in Downtown Chicago. No need to hand me a menu thank you, I looked at the menu weeks ago - New York Strip steak, medium rare, a side of fries and macaroni cheese. Away from my recent new fiancé, a staunch vegetarian, I could eat all the red meat I wanted - I intend to!

One hour until touchdown - the iPhone playlist includes authentic USA tracks, Born In the USA, Living In America and Burning Ring of Fire - the excitement levels were mounting once again. In the words of Jim Telfer and for a Weber BBQ enthusiast, "This is your Everest!" 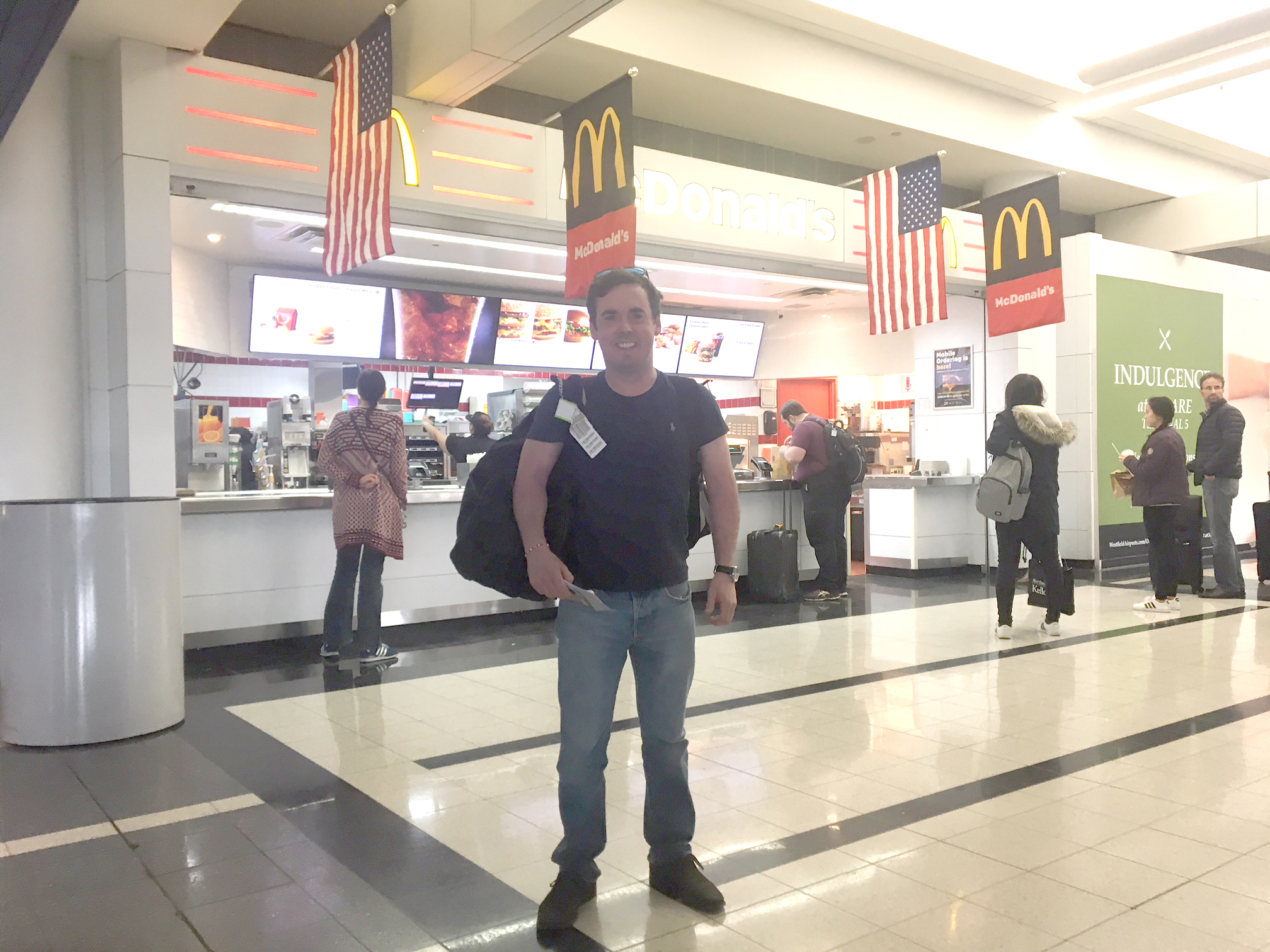