You've had beer can chicken right? Of course you have, well it's time to try something new on your Weber BBQ, Beer Can Duck! This recipe is a great gateway cook that we've designed to encourage you to experiment with new flavours on your grill.

We're talking rubs (spices and seasoning), steam (beer, cider, wine, even stock) and of course smoke, the quintessential BBQ ingredient (the wood you use makes a big difference). You'd be quackers not to try it. 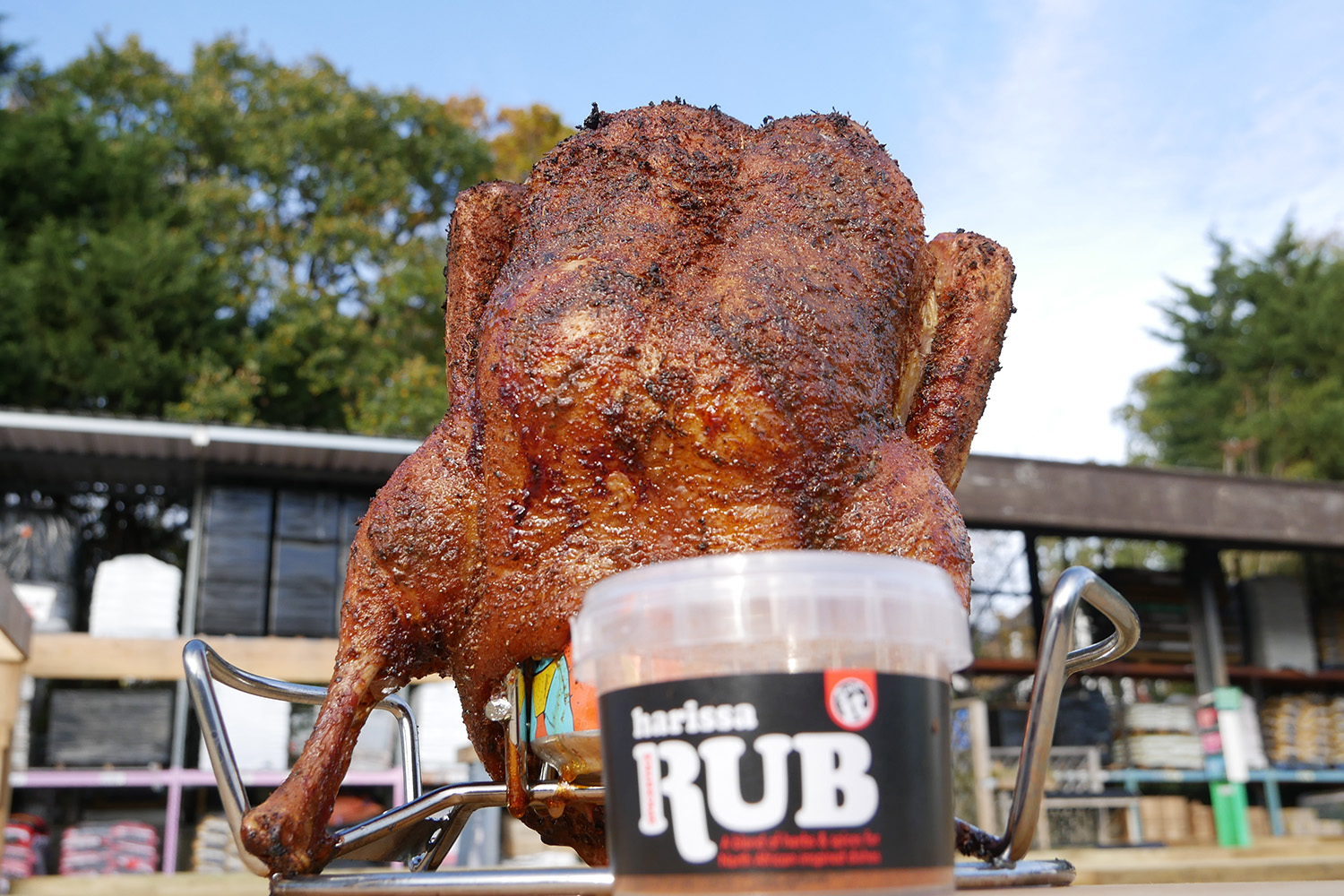 For this recipe we've utilised a Weber Style Smoker Box to add another level of flavour, this is an optional but recommended extra. Think of smoke like a seasoning and use it to add another dimension of flavour to your finished cook.

What most people consider to be the "barbecue flavour" is the result of smoke, all Weber BBQs create smoke during the cooking process by rendering the fat of the meats that you grill. With a charcoal BBQ the fat drips down and hits the charcoal which creates the smoke, in a similar way on a gas BBQ the fats from your food will drip down and hit a metal bar (flavorizer bars) which then generates the smoke, simple.

Duck is a great and often overlooked meat for grilling, the skin has a high fat content which when rendered down in the cooking process will create lots of lovely smoke and flavour. With the addition of a Weber Style Smoker Box; you're creating even more smoke inside your BBQ for a stronger smoke flavour (different woods have a different flavour profile).


You can use any BBQ to cook this recipe, but we've gone with gas, the Weber® Genesis® II Lx E-440 GBS® to be precise. This snazzy model is packed with all the bells and whistle you could wish for but more importantly, it does the basics really well.


The night before, rub your duck with a spice mix of your choice, we've selected the harissa rub from spicentice which is a mild north African style BBQ rub, this worked really well for us but everything is down to taste so if you have a rub that you love, use that. You can view the range of rubs and sauces that we sell here.

Before rubbing the duck, score the skin with a sharp knife - this will allow more of the rub to permeate into the meat. 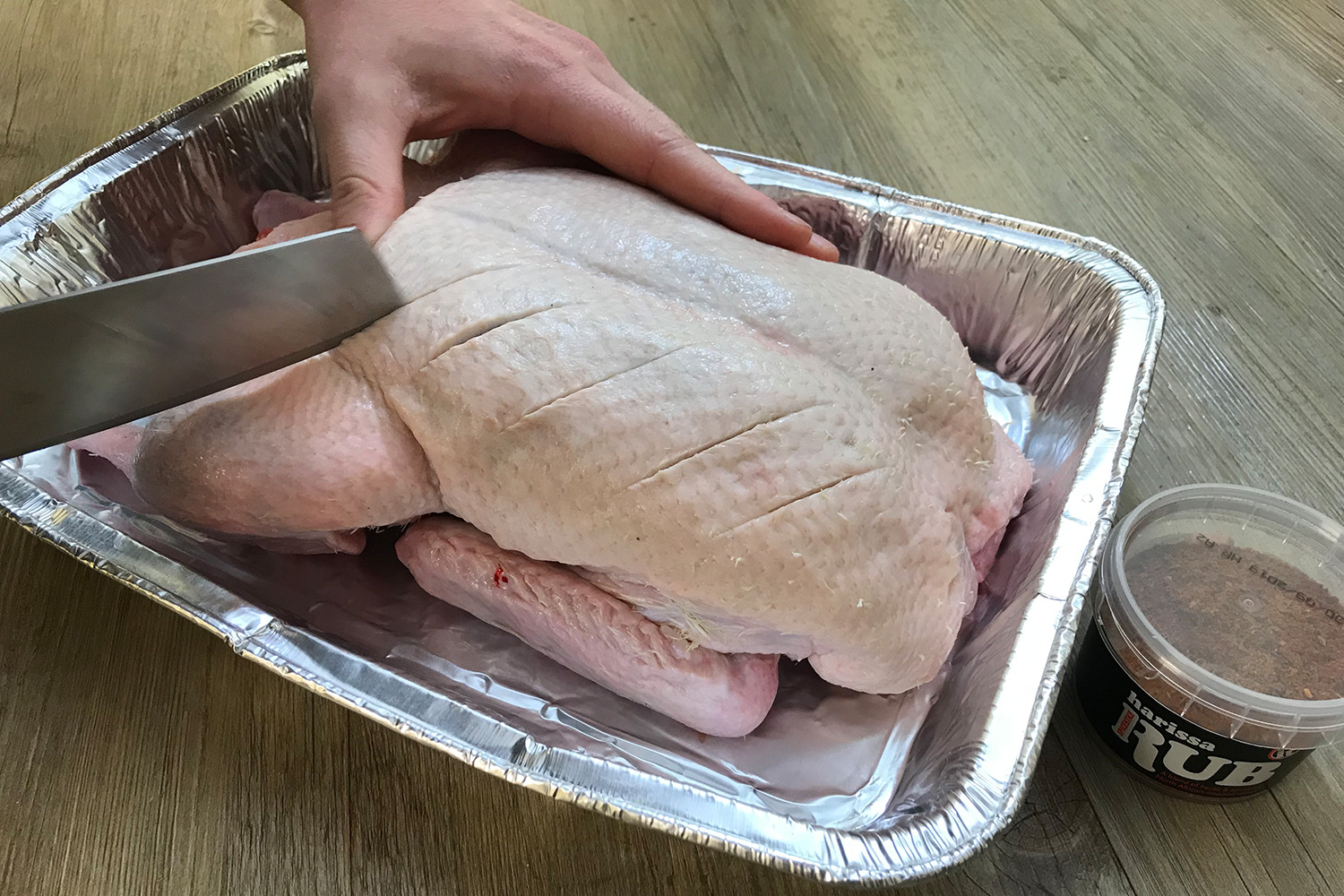 You want the rub to settle and be absorbed so leave it to marinate for at least an hour, ideally overnight. 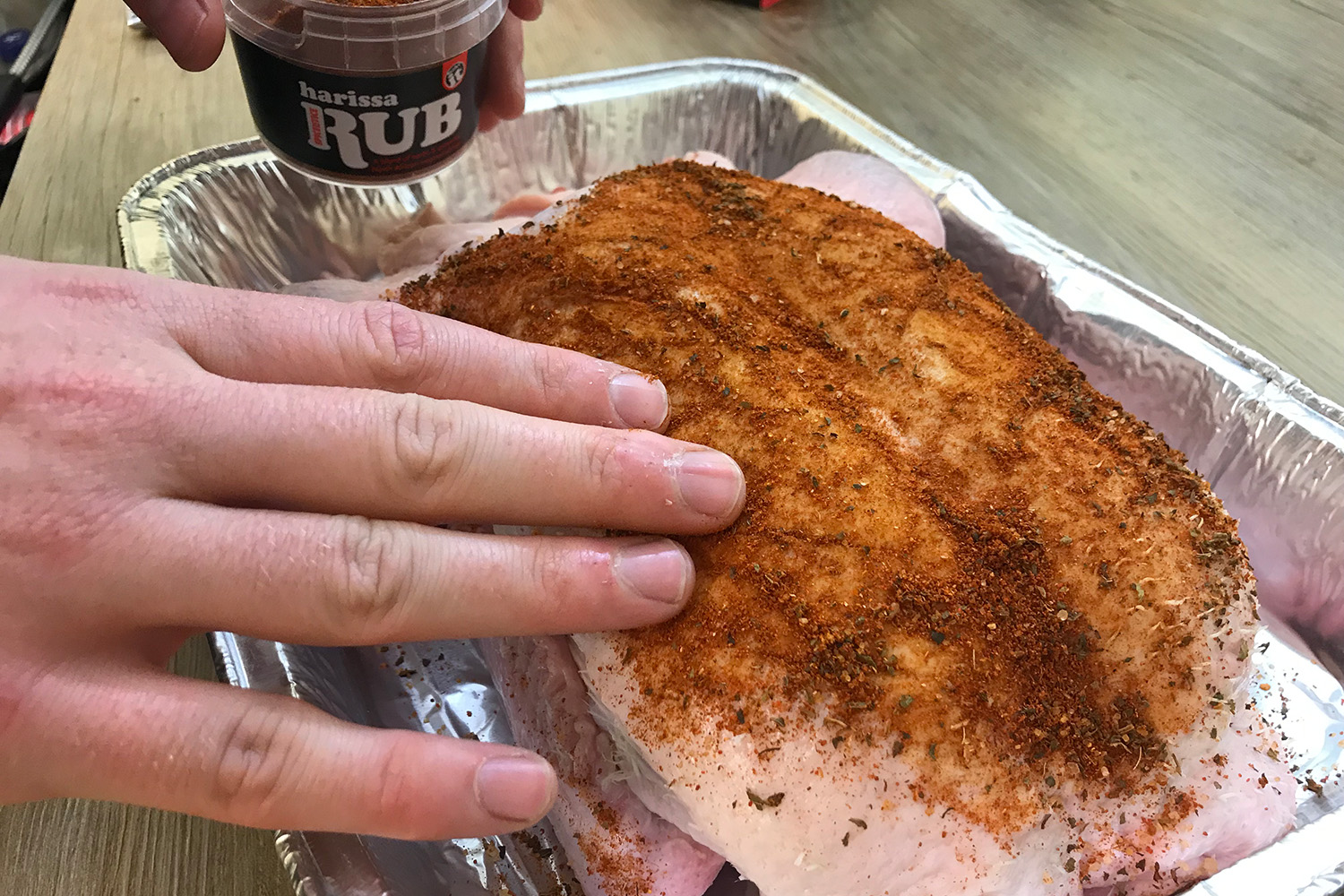 An hour before your cook, if you're using the smoker box – grab a couple of handfuls of wood chips (we used apple) and soak these in water. You'll drain off the water before using the chips, but the absorbed moisture will prevent the chips from immediately catching alight and burning up. You want a slow and steady combustion process so that the meat/fat has time to absorb as much smoke as possible. 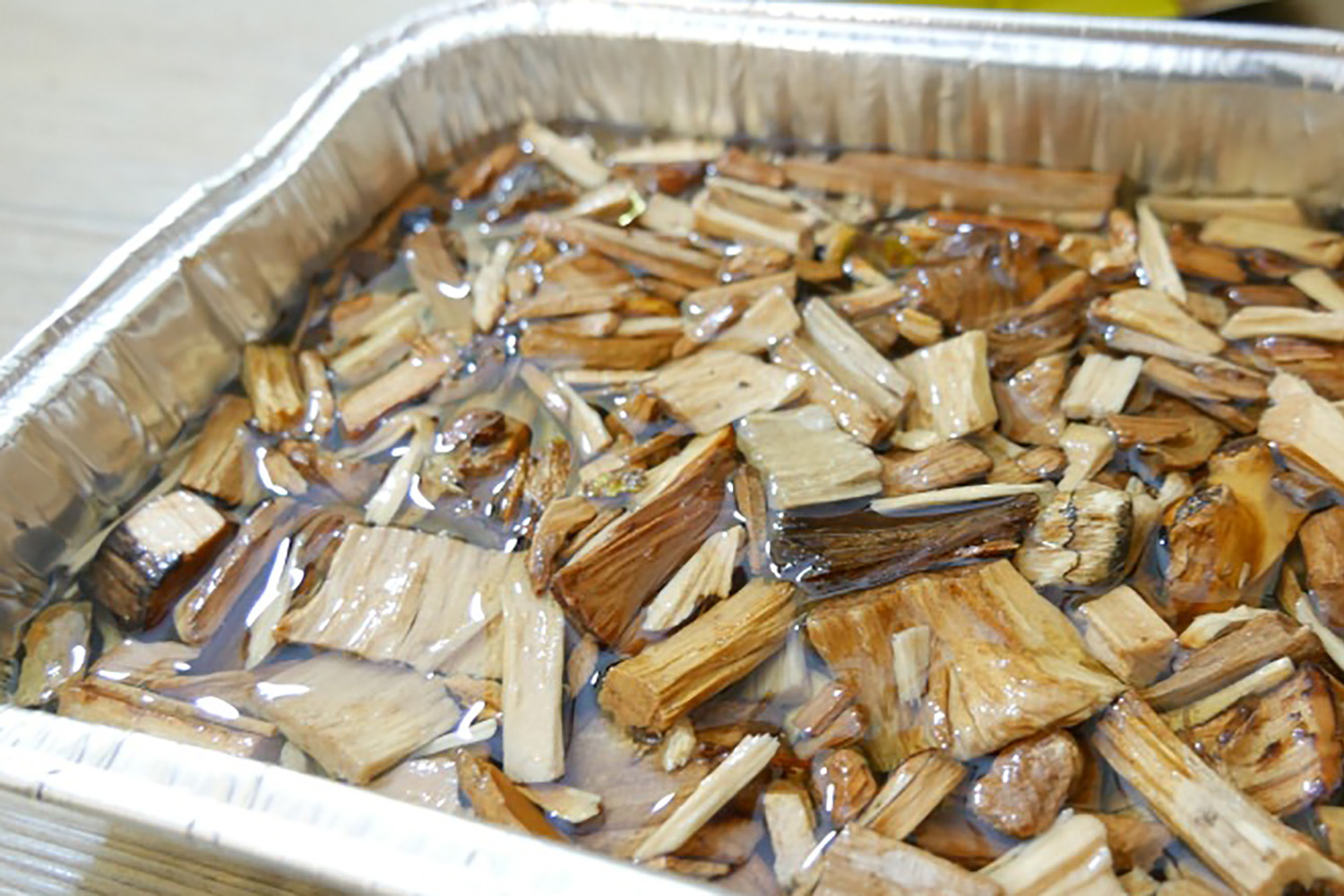 Set up your BBQ for indirect grilling, looking at a roasting temperature of 150-180 degrees Celsius. Using heat proof gloves (like these) remove the cooking grate and place the smoker box atop the flavorizer bar as shown below. 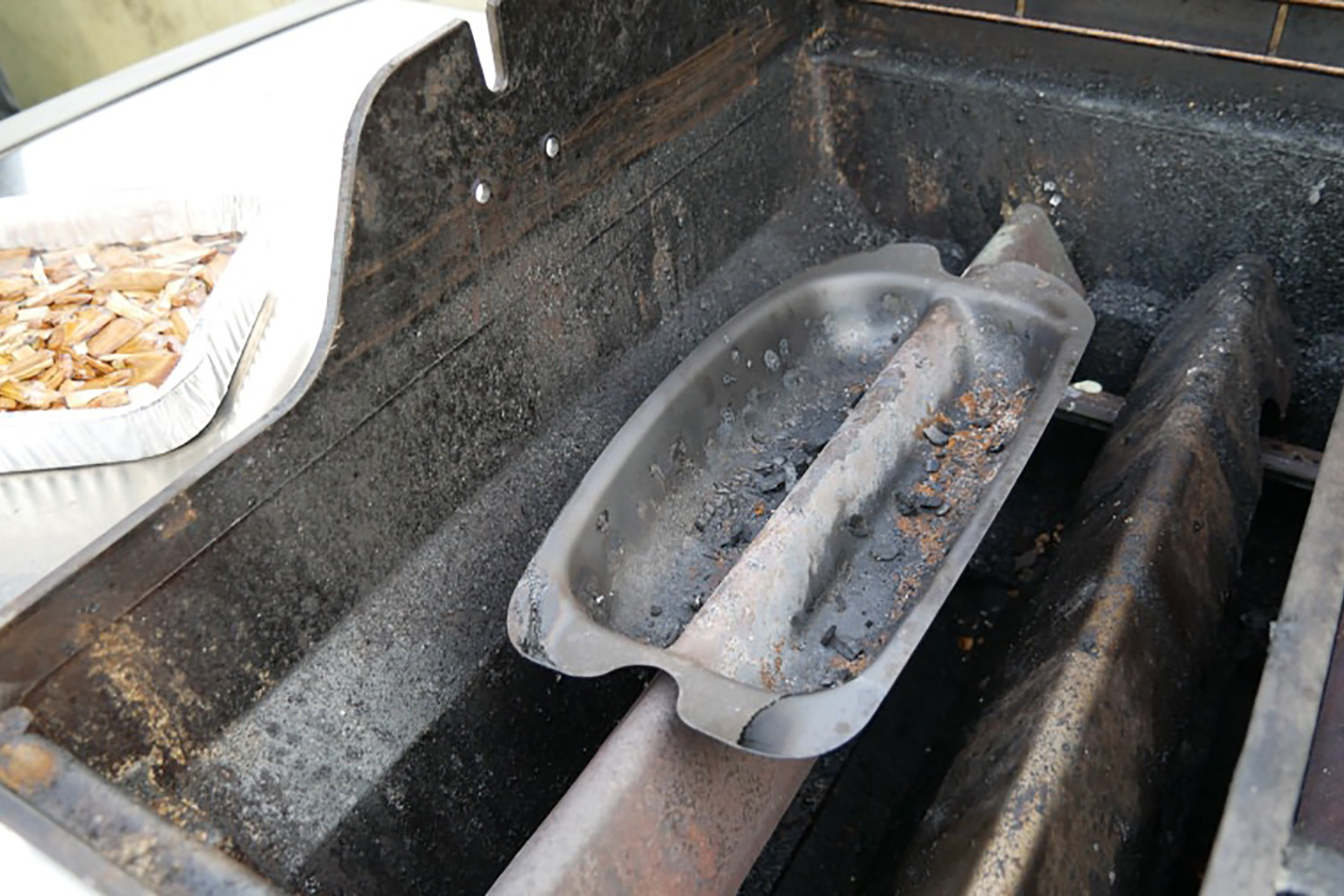 Fill with the drained wood chips, replace lid and then put the cooking grate back in place.

Drink a third of your beer can and mount the bird using the Weber accessory (Weber Poultry Roaster). 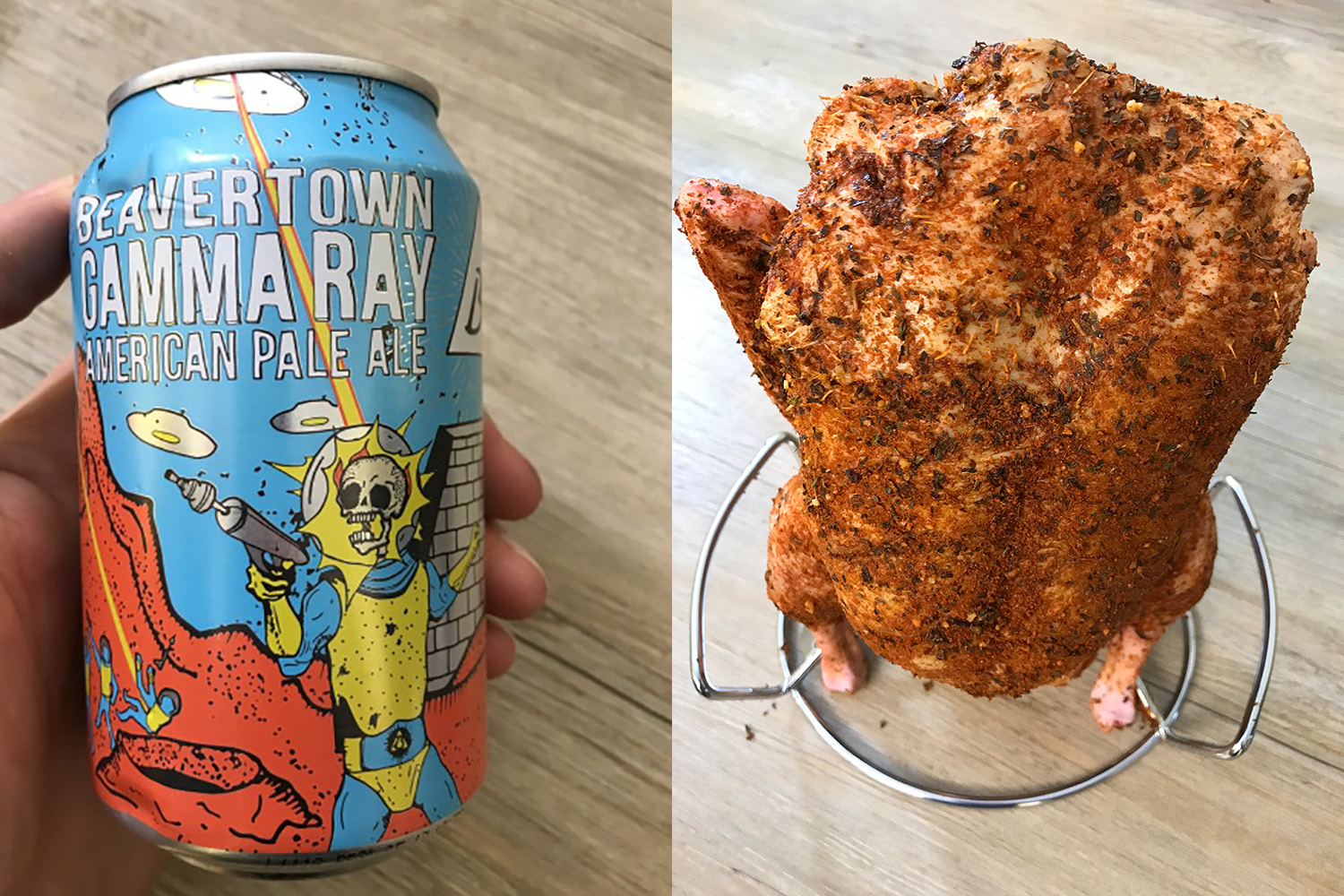 The choice of beer is up to you – as the duck cooks the beer can will heat up and it's contents will generate steam – this will cook the duck from the inside. A weak lager style beer will do little to nothing to improve the flavour of your dish, we opted for a pale ale but do experiment. The beer you chose, the rub and the wood chips all impact on the taste of the finished dish. 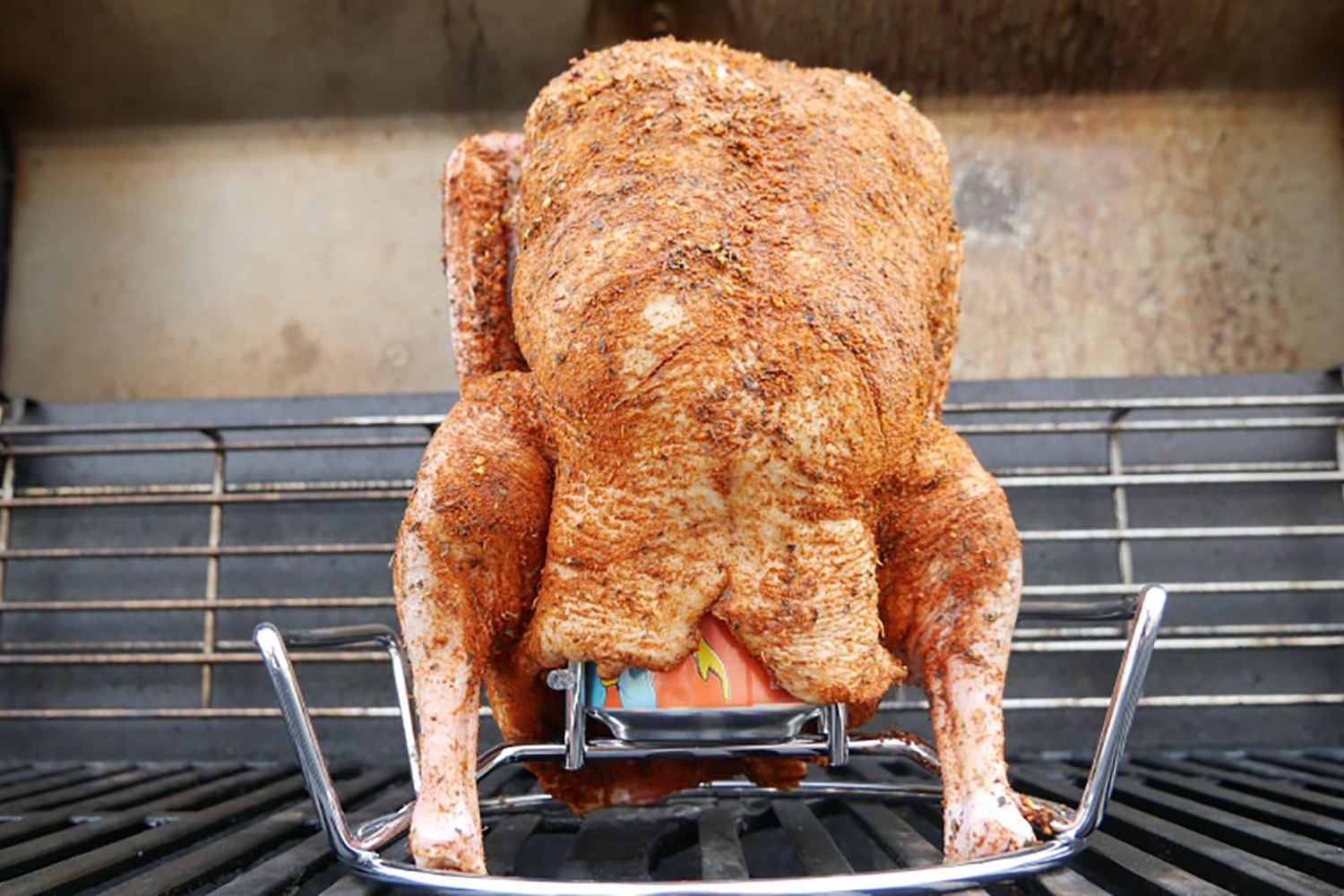 If you've got an Genesis II Gas BBQ then it makes sense to utilise the iGrill 3 accessory to monitor the cooking of your duck, enter the probe and hook It up to your Bluetooth enabled phone. 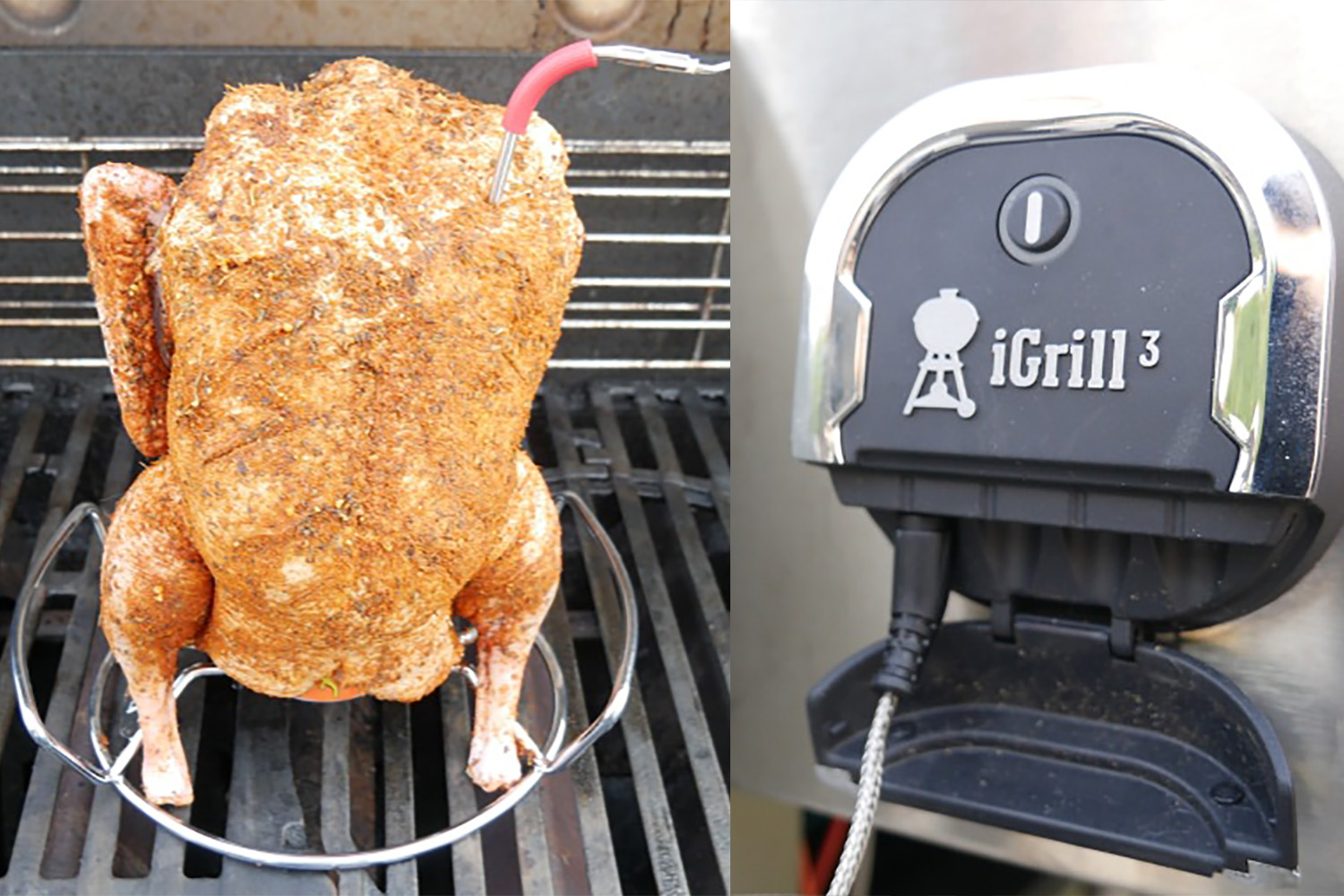 The app understands the current and target temperature for perfectly cooked duck. 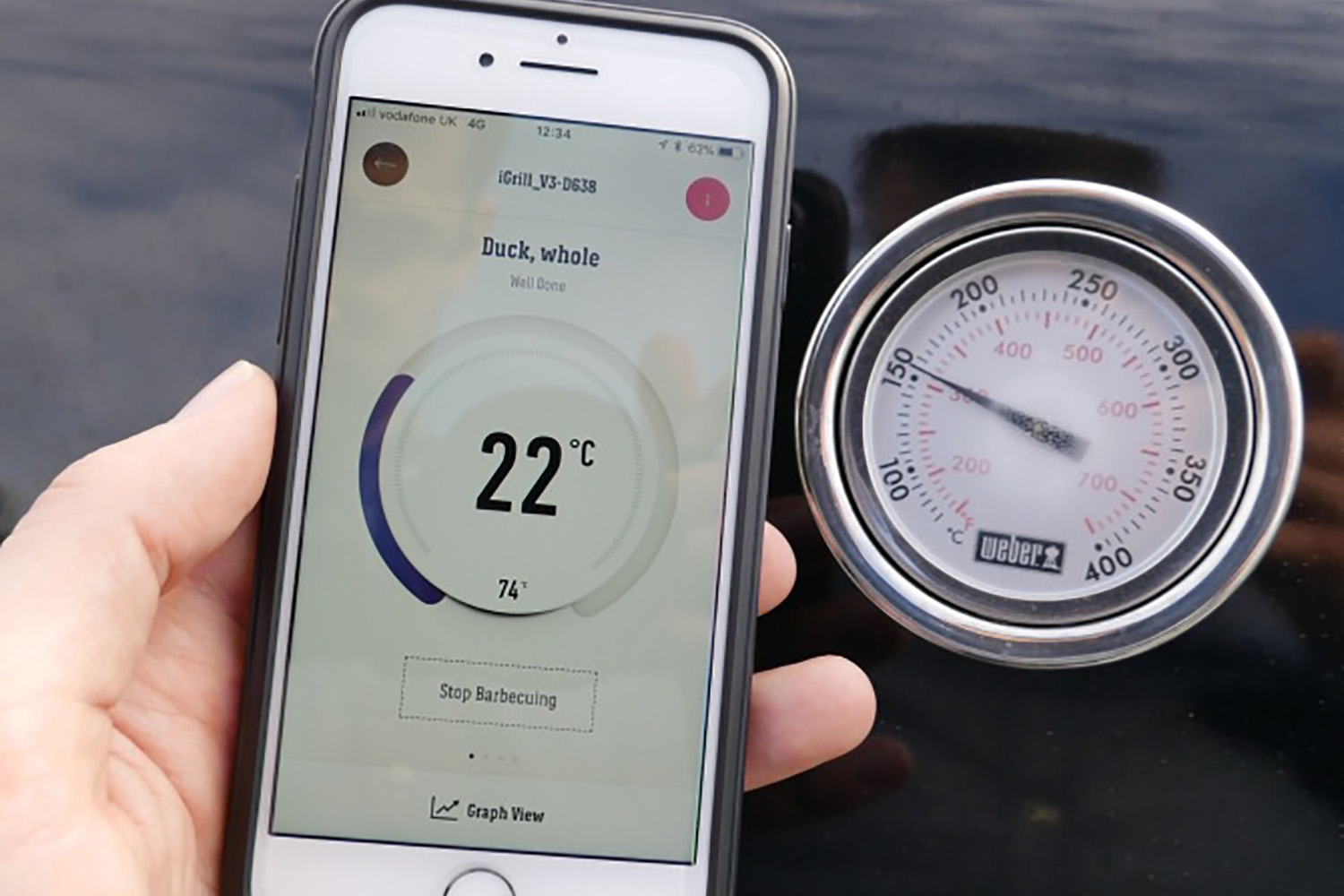 Leave the BBQ to do it's thing, your igrill will alert you when the duck is ready. 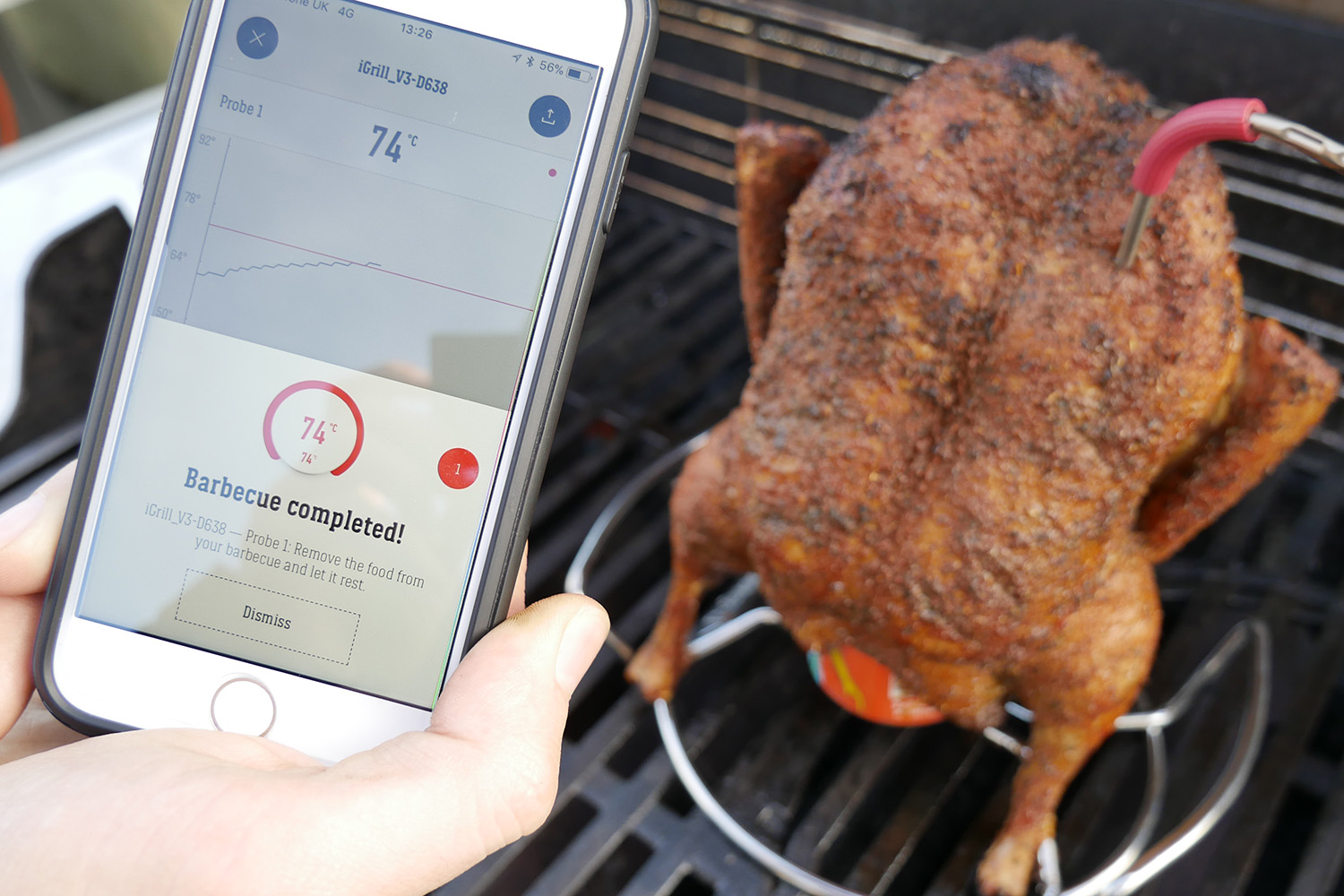 Not using an iGrill? Shame on you. Cooking times will vary dependent on size of duck but we'd say a good rule of thumb would be 75-90 minutes.

Definitely use a thermometer or temperature probe of some description to check the core temp of the meat when you think it's done, you're looking for 74 degrees. Not only will this keep you and your special ones safe from eating under cooked meat (and subsequent dodgy tummies), it'll hopefully prevent you from over cooking the bird too and ruining your meal. 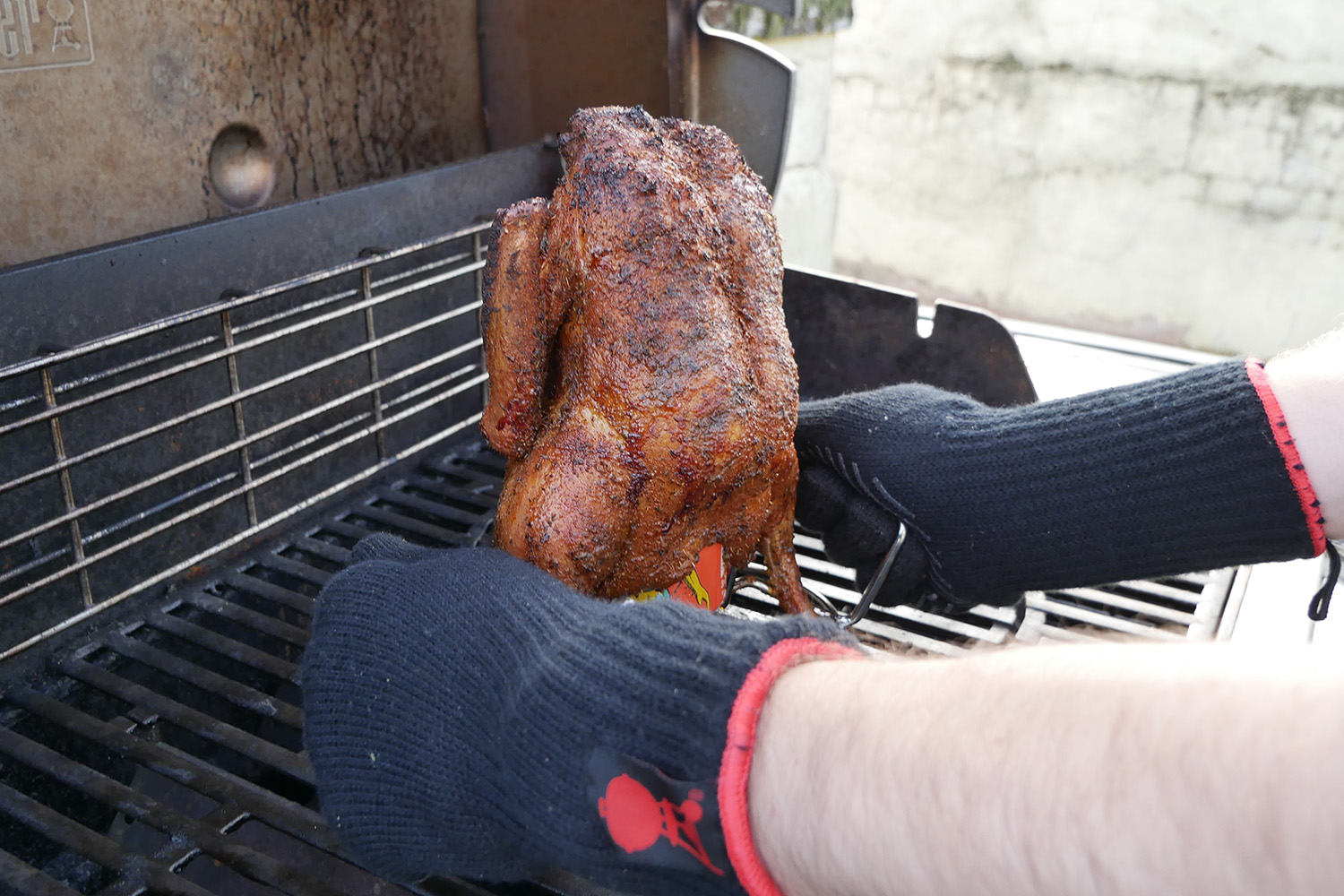